Visit Piacenza in Northen Italy for Amazing Scenery and Food

Piacenza is maybe not the most popular city in Northern Italy among tourists. But those who arrive to it, do not ever forget it. Gastronomy, art, history and nature meet together in a beautiful town with Medieval traces and modern entertainments. The Palazzo Comunale, known as Il Gotico, is a magnificent example of medieval Italian architecture. Lots of palaces built up by the local powerful families such as Farnese or Landi show the relevance of the town in the past. Some proposals in the area are Bardi, Castell’Arquato and Bobbio where you can discover Emilia Romagna gastronomy after visiting tremendous antique buildings. 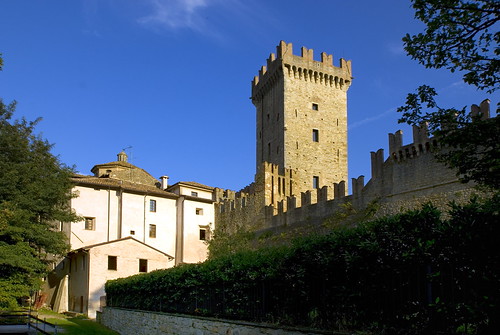 The castle on the top of the hill of Bardi

If you desire to visit the place where the last of the elephants of Hannibal’s army died, you have arrived to the right place. The town is dominated by its magnificent castle in the Valley of Valceno. The chronicles mention it in such an early date as the year 869. It has been kept in a very good state over the centuries and it can be visited. It also holds medieval fairs and other interesting events that attract a large number of visitors every year.

Cartell’Arquato, a step back to the XIth century

As expected, the castle was built on the top of the town to control adequately the surrounding valley and prevent attacks from the enemy armies in the old times. Its excellent state has made of it the set for films such as Ladyhawke with Michelle Pfeiffer. But there is more than history and old walls in Castell’Arquato. It is in fact a very important wine production center. If you visit the town you will get familiar with Gutturnio, Bonarda and Ortrugo wines.

Bobbio, in the heart of Val Trebbia

If Hemingway described the valley as the most beautiful place in the world, there must be something special in it. The abbey, founded in the year 614 by Saint Columbano, became one of the most important cultural centers of Italy during the Middle Age. Its library was among the most valuable ones in Europe. Its historical center has perfectly kept its medieval structure. But as fascinating as the abbey, the Malaspina-Dal Verme castle attracts the attention of visitors. Defensive towers, thick walls and other military elements make it worth a visit.

Coppa and much more to discover

After visiting castles it is time for an antipasto. Try coppa, a dried sausage of pork. Deep red and different spices can make it change its aspect and taste. Served in thin slices is the ideal way to try it in a sandwich or on the top of your pizza. If you enjoy coppa, then pancetta and salame are other seasoned pork options which you must absolutely taste.

Combine them with bortellina pancakes or strong fat cheeses as gorgonzola or robiola. And going ahead with cheeses, do not miss the most famous of the area, parmiggiano cheese. Emilia Delizia can help you to organises castles and food tours in the area.