Some of the World’s Most Dangerous Places

The world has all sorts of crazy people, revenge prone cults and psychotic armies. The most dangerous locations of this planet couldn’t be safe even with the best security guards. Violence and crime seems to run these corrupt areas just like money and freedom run other locations. Although the least secure locations of the globe are constantly changing, below is a list of some the places you won’t want to bring your family on vacation this year.

Prisoners of their own country, the citizens of North Korea are not even permitted to leave the nation. In fact, only about 20 000 people have successfully been able to leave North Korea and make it to free land. It’s such a dangerous country that even the religious are losing faith. A North Korean pastor helped in the development of an underground railroad in order to bring people to safety.

Acapulco, once a world-known tourist region for college students and those who simply wanted a Mexican tan has drastically changed directions. With cartel members decapitating members of other cartels and the constant homicide news alerts, Acapulco has become one of the least secure locations of the world. What once used to be beautiful and lively tourist attractions has turned into a drug infested city of everyday murders.

Maceio Brazil has is known for beautiful beaches with year-round sun. Who would imagine such a paradise would become one of the most dangerous areas of the globe? Although many tourists still visit Maceio, the poverty filled region has a murderous reputation of roughly 140 deaths per 100 000 people.  That’s a little over 1 in 1,000. You may seriously want to reconsider if Maceio is on your list of places to visit. 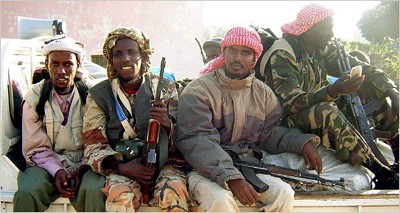 Driving away all journalists this year is the nation without honor, Somalia. Death rates area growing and the region is slipping into chaos. With a seemingly never-ending civil war, Somalia has become a lawless and corrupt region that welcomes no one. Terrorist strongholds and rebel clans battle and kill anything they don’t recognize. Acts of kidnapping journalists and bombing innocent villages makes Somalia one of the most dangerous places to visit this year.

Ultimately, one location had to win, but is becoming the least secure location of the world actually winning anything? San Pedro Sula in Honduras deserves its spot on the leader board due to its 160 deaths per 100,000. As the homicide capital of the world, San Pedro Sula is also among the largest drug distribution cities as well. Over 1,000 deaths last year started an unsuccessful war on drugs and crimes. Security guards, and those who stood against the lawless outlaws were shot, while others stood down. Violence, gang wars, and criminal minds rule the Honduras northeastern area.

While many other nations, cities and villages deserve to be on the list, these top five places are the most lethal of them all.