While on vacation in Phuket most travelers desire at some point to leave the white sandy beaches and try other activities. While there is lots to do on Thailand’s largest island, there does seem to be a strangling stronghold by the largest tourist operators on the travel desks that sell the tours in the popular international hotels. Often it is actually not in your best interest what you are being sold, as the staff live on commissions from the tours they sell and the over priced tours are pushed to the tourist. This is so they gain the highest commissions, up to 50% in many cases, but you can be smart and research tours online. Here is a sample of things to do on Phuket Island that you may not find out about as some operators do not pay out these high commissions.

There are many sea kayaking tours that are based out of Phuket, typically they pick you up from your hotel and take you by a minivan to the northern end of the island, were you can head out and explore some spectacular limestone islands and cliffs. There are some beautiful caves called ‘Hongs’ where you can paddle into and enjoy everything that nature has to offer. Amongst them, is the area now known as “James Bond Island” that became famous when the movie was filmed there in 1974 featuring Roger Moore.

There are now countless kayaking operators trying to cash in on this popular tour, most operate in the mornings and it can become rather crowded, the result is you lose the atmosphere what you went there for. I have done several of these tours and in my experience, the best by far was ‘Hong by Starlight Kayaking Tour’, that is operated by John Gray’s Sea Canoe. John is the original operator in this region and his level for knowledge combined with his concern for safety of his customers is second to none.

To avoid the crowds in the morning when all the other ‘sausage factory’ tour operators swarm the most popular spots, John goes in the afternoon and makes an evening dinner out of it. His nickname on Phuket is “Ling Yai” which means big monkey in Thai. If you see this enormous American you will probably understand how he got his nickname, nonetheless he is extremely knowledgeable of the area and conducts a great tour. 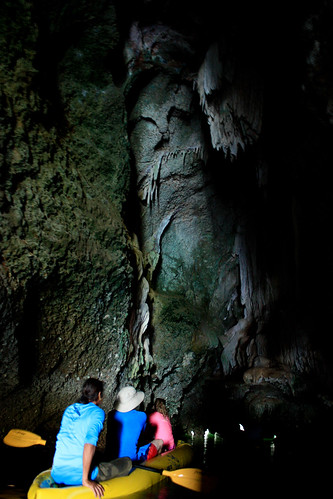 When I did the kayak tour (which I paid for myself), it started at midday and I was dropped back to my residence just after 10 PM, I felt as if I’d had a very full day. Absolutely everything was included in the initial price, which was not the case with the two other operators I had previously experienced. The Phuket tour included all the drinks, snacks, a wonderful seafood romantic dinner on a boat, transfers, required entry fees into the caves which were national parks and it appeared to be the only operator with a comprehensive insurance policy. On top of that we were not taken into tourist trap shops throughout the day, where the guide gets a fat commission and it is very obvious.

As I said, this is only one of many of these kind of tours, fortunately the high season in Phuket when most visitors come to the romantic island and it is during the dry season where the water conditions are normally calm. During rough seas and windy days these tours would be less inviting. When friends and family visit Phuket, I am only comfortable with them going out to sea with John Grey, as I don’t trust some of the local run operations who are primarily motivated by profit over safety.