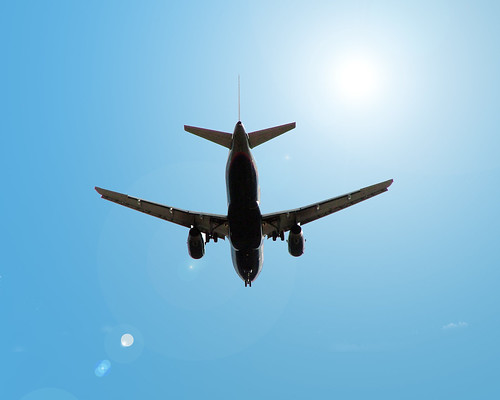 More people than ever dream of going on around-the-world trips. However, despite the fact the world feels a much smaller place thanks to new communication tools and more affordable travel, the truth is the world is actually a massive place, and trying to see everything on a round-the-world holiday is impossible. Furthermore, while around-the-world trips might be great value when you consider how many different places you’ll get to visit, they’ll still set you back a fair bit, so it’s important you make the most out of the money – and time – you’re going to spend. These are six of the best destinations to visit when planning your multi-stop flight.

No holiday that claims to be around the world can overlook Australia, and Sydney, the country’s oldest and largest city, is the jewel in its crown. Obviously there are world famous sights such as the Sydney Opera House and the Sydney Harbour Bridge, and 100s of beautiful beaches, but the reason Sydney is a must-visit destination can’t be found on the map. That is down to the refreshing laid back attitude of a city of its size, and the diversity and celebration of individuality that makes everyone’s appreciation of the city unique.

As well as the renowned nightlife, bustling markets, and famously friendly locals, come to Bangkok and you can even see a statue of David Beckham at the Wat Pariwat temple. Travelling can be hungry work, so why not indulge in delicious street food on your way to the Grand Palace? There are many cities in South East Asia that are worthy contenders of a place on your multi-stop holiday, but Bangkok remains the place to be.

This Brazilian city has always been a city with global appeal, but as it gears up to host both the Fifa World Cup and the 2016 Olympics it is truly taking the spotlight. From people watching at the Copa Cabana to enjoying spectacular views of the city and Christ the Redeemer from the top of Corcovado Mountain, there is beauty to be seen at every turn. While churrascarias have become popular outside Brazil (these are restaurants where you pay a fixed fee and waiters bring cuts of meat directly to your table) they simply can’t compete with the mouth-watering quality of a genuine Brazilian steakhouse, so make sure you work up an appetite during your visit.

As one of America’s most liberal cities, San Francisco perhaps isn’t representative of much of the country it belongs to. The Castro is one of the most famous areas in the world for the gay and lesbian community and the Haight-Ashbury district was a magnet for the country’s hippies during the 60s, while the city also benefits from a large Asian community. There’s so much to take in here that it’s easy to forget about tourist destinations such as Alcatraz, but unlike some tourist traps, these are actually worth seeing.

When you leave the care-free west-coast be prepared for something entirely different as you touch down on America’s most populated city. New York may be notorious for a blunt, perhaps even rude atmosphere, but this is the city that banded together after 9/11 and there’s plenty here to make you smile. From world class theatre at Broadway to a stroll in the iconic Central Park, you’ve seen everything here on television and film already, but you haven’t seen a thing until you’ve walked these streets and boulevards yourself.

Over the last few years Iceland has been in the news for all the wrong reasons – a volcano that disrupted millions of travellers and bankruptcy. At the very least this has made people take an interest in this island, which boasts absolutely spectacular views -not only of its landscape, but also, if you’re lucky, of the northern lights. So if you have to come back home, why not have just one more slice of magic?

Where does it start?

Many of the places on this list are common destinations for people travelling on a round-the-world holiday – but that’s precisely because they’re such amazing places to visit. Why not throw in somewhere a little more unusual to make the trip more personal? Wherever you go, you’re bound to have an experience you’ll never forget.