Sydney is one of the biggest cities in Australia, as well as the capital of the New South Wales state. The city has a population of approximately 5 million, a fact that makes it the most populous city in the country.
Sydney is located on the south-east coast of Australia, facing the Tasman Sea. You might find it interesting that the territory where the city lies today was the first British colony in Australia.

The city has a temperate climate, which is characterized by mild winters and warm to hot summers. On the other hand, rain doesn’t avoid the area at all, because of its proximity to the Pacific Ocean.
If you want to enjoy a vacation in Sydney, January is the best time to do that, as it is the warmest month of the year and the water of the Tasman Sea reaches pleasant temperatures.

Average temperatures lie between 64 and 79 °F in summer and between 39 and 42 °F in winter, which means that it is rarely cold in Sydney.

In comparison to American and European cities, you may find that Sydney is an interesting blend of colonial architecture and modern influences. You won’t be able to state that a particular architecture style is specific for the New South Wales capital. 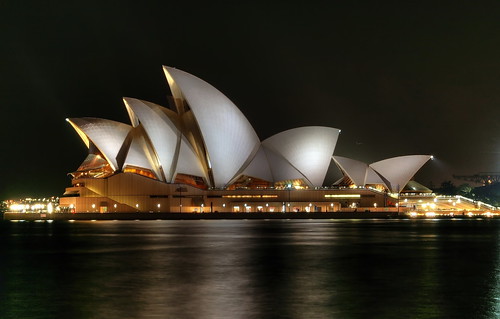 Surely, you have seen at least a picture of the most prominent tourist attraction in Sydney. As a matter of fact, the Opera House is a performing arts centre, which means that it hosts multiple performance venues – not only Opera.

Regardless of the purposes it serves, the Sydney Opera House is, without any doubt, one of the architectural marvels of the 20th century – the peak of modern expressionist design.

Also Read : Things To Do In Montague Island

The tallest free-standing building in the city is also the second tallest in the country. People in Sydney call it the Centrepoint Tower, because it sprouts from the building of a shopping mall.
Nonetheless, you should prepare yourself for the amazing view from the top of the Sydney Tower, as the term breathtaking is not enough to describe it – the building is approximately 260 metres tall. Perhaps, the greatest feature of this tower is its moving, state of the art viewing platform.

As you may know, another well-known tourist attraction in the capital city of New South Wales is the Harbour Bridge. The beautifully designed structure connects the North Shore residential area with the central business district if the city.

The Harbour Bridge is located close to the Opera House and the view of the two buildings became an iconic image of Sydney.

The oldest and most famous museum in Australia houses exhibitions of natural history. You can find it in College Street. If you ask for directions, bear in mind that most people in Sydney refer to it by its old name, that of the Colonial Museum.

This is probably something that you will only be able to enjoy in Sydney. The coastline of the city is part of the track that Humpback whales use to migrate from the South Pole to the Coral Sea.
Whale watching in Sydney is a once-in-a-lifetime experience. You can see Humpback whales in the waters of Sydney’s coast from May to December. Sometimes, these truly majestic creatures even swim into the harbour.

This site covers almost 640 hectares and it was built for the 2000 Olympic Games. At the present time, the park is used for both national and international cultural events. Getting there is quite easy, as the Sydney Olympic Park is served by a railway station that connects it to the city. 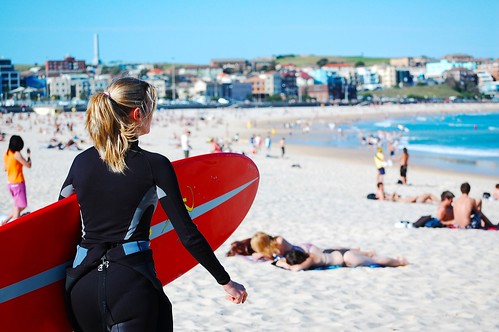 The most famous beach in Sydney attracts thousands of tourists each year, especially since it became a preferred spot for foreigners to celebrate Christmas here. Bondi Beach is around one mile long and features many hotels that offer fantastic views of the sea and trendy cafes that can accommodate even the new generation of jet-set travellers.

Many tourists and Australians alike share the opinion that a visit to Australia is essentially useless without a stay in the most beautiful city of the country. Sydney offers an endless supply of tourist attractions and activities that can be enjoyed in no other place in the world.

It’s easy to find hotels and serviced apartments in Sydney online. One of the best places to search is Sydney Apartments Finder.