The Best Hidden Gems for Skiing in the Alps 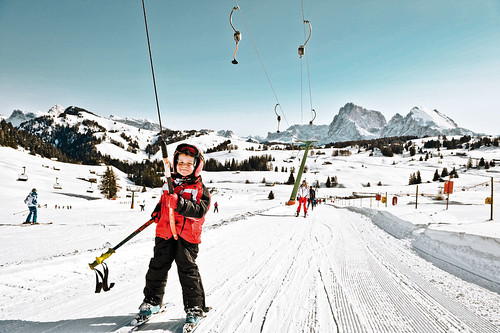 For avid skiers, snowboarders and fans of other winter sports, the winter is generally a much-awaited time for fun and games out in the powdery snow. However, due to the popularity of winter sports these days, finding a space on the slopes is always a bit of a challenge, especially if you have your eye on one of the more well-known and celebrated resorts! Trying out the smaller, more out of the way ski resorts can help avoid the crowds that are normally associated with the large resorts of Europe.

The Alps, of course, is generally the first port of call when considering skiing vacations. Its relative popularity doesn’t mean you can’t find some hidden gems, though. Sainte-Foy-Tarentaise is the newest resort in the French Alps, and it a brilliant choice for skiers wanting to go off piste. Samoëns in Grand Massif is unique among ski resorts due to its long history as a Medieval village known for stone cutting. The village retains its heritage, making it stand out amongst the 20th century ski resorts that popped up with growing popularity of French ski holidays in the 1960s. It also has the plus of hosting a Christmas market during the holiday season. And also in the German-speaking part of the Alps, Austria’s Sonnenkopf is a less crowded alternative to St. Anton on the Arlberg ski pass.

Eastern Europe features some fantastic places for skiing, and its slopes on the Alps are a great less-expensive alternative to the usual suspects such as France and Italy. Bled in Slovenia is a good one for beginners, while it’s also not too far off from resorts such as Kobla, Vogel and Straza. Ski Park Eland in Slovakia is still largely undiscovered, meaning great prices on rooms for visitors. Going further north, now is the time to pay a visit to Sochi in Russia before it gets all the attention of the 2014 Winter Olympics focused on it. It’s also a good year to visit Armenia’s Tsakhkadzor ski resort, before the rest of the skiing masses pick up on it. As well as the normal activities on the slope, the town also offers camping and sports installations.

If you’re on the lookout for a chance to get out on the powder this year, don’t let the storied huge crowds of Alps resorts put you off, nor the idea that you have to travel far out from civilization to find the ski resort hidden gems. Though they may be a bit more removed from the everyday tourist track, many of these resorts are close enough to local airports to grab a car hire and go.