The World’s Most Unusual Beaches 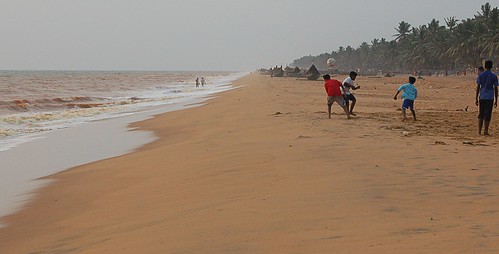 Beaches are all the same, right? A bit of sand, some sea, an ice cream van and maybe some donkey rides if you’re lucky.

That is obviously not the case. But beyond the beautiful and the spectacular, there are some beaches dotted around the world that seem more the fare of strange dreams and fairy tales.

Prior to 1967, this beach near Fort Bragg was known as ‘The Dumps’ by locals. Rather than being just a run-down no-go area, it was quite literally a dump. For much of the early 1900s, locals in the Californian town would use the shoreline to get rid of unwanted items until it was closed in the late 60s for a clean-up.

During this gradual operation, nature set about atoning for man’s mistakes, its waves eroding all the leftover glass into smooth, multi-coloured, jelly bean-like gems. Glass Beach reopened in 2002 as part of the MacKerricher State Park, and is now a confirmed tourist attraction. There are similar beaches in Benicia, California and Hanapepe, Hawaii.

Located at Porth Oer in North West Wales, this is not a quiet beach. The white sands are known as Whistling Sands because of the squeaking sound made by the sand as you walk and as the wind blows through it. Only one other beach in Europe has this same quality which is caused by the specific shape of the sand particles. The squeak is best heard on the driest sand just above the high tide mark.

Perhaps more bizarre than its Welsh cousin, the grains of sand Barking Sands Beach sound like dogs barking and growling – they emit the canine-like sound when rubbed. This is a phenomenon caused by a particular kind of quartz which is also present on a number of beaches in the UK. But this beach in Hawaii trumps those by also being home to a rocket launch site and a missile defence testing centre.

Back to the Pacific Ocean for the strange black shore of Punalu’u – the sand is made of basalt and created by lava flowing into the ocean. The lava explodes as it reaches the ocean and cools creating something along the lines of a negative of the picture postcard white sands you usually associate with Hawaii.

All of this appeals to the endangered Hawksbill turtle, the creatures can often be seen basking in the dark sand.

This area of the Caribbean is deemed by many to be home to the most beautiful beaches in the world. Harbour Island is under four miles long and two miles wide – but three miles of pink sand stretches around the island’s east coast. The lush pink tones are due to microscopic coral insects called Foraminifera, which die and leave their pink shells behind. These are then crushed into the sand by waves.